If you have a son who is 8~12 years old you will probably have heard of Mincreaft, if you don't, well, lucky you! Minecraft is a game where the world is square and everything is built of 3D cubes, there is no specific goal, instead it allows you to make it whatever the imagination fancies. Needless to say Master E is a covet fan who frequently lives in the cubes wonderland. He's been invited to a birthday party this weekend and the birthday boy is also a Minecraft fan, so he requested a "Creeper" for his friend. 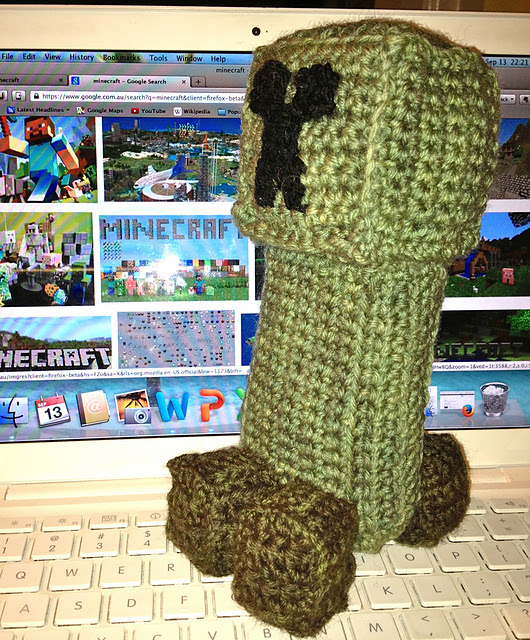 Please excuse the terrible photo, I left it a bit late so by the time I finished it it's already dark. It's a fairly easy make as it's just a combination of cubes, actually it's one cube and five cuboids, but you get the drift. I used a 4mm hook and some stash yarn from my dyeing experiment, the stuffing is the wool fluff (clean) I saved from carding and combing. The head is not as square as I would have liked but this will do. Apparently in the game the Creeper would get close to the player and explode to cause damage, but this one is pretty safe ;-)

When not playing Minecraft Master E has shown some considerable interest in fibre art, he helped me with this breaking violet experiment: 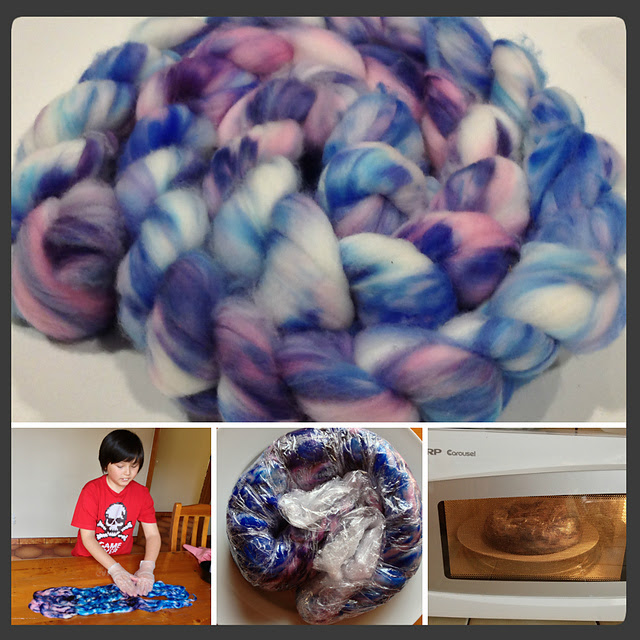 I think we could have used a little more dye stock, the finished braid has quite a bit of white in it even though the colours seemed quite strong during application. Also, I think if I didn't add vinegar in the pre-soak it might encourage better distribution, because I did notice the dyes being taken up by the fibre as soon as they hit so the "massage" only helped a little bit. But overall I am still happy with the result.