As I write this we are already safely back at home, still can't believe our big trip is now over (a depressing thought!). Our last stop was Vancouver BC, which made my country No.26, or No.23 if you count Scotland/N.Ireland/Wales all as U.K. but I'm sure there are plenty of people who will disagree!

Vancouver was an interesting place, crossing the border on land certainly gave it a different perspective. In many way it is similar to the U.S. and yet different, more relaxed perhaps, certainly when compared to their southerly neighbour Seattle. Again our stay was short so we only saw a glimpse of it.

Caplipano Suspension Bridge is a must see in Vancouver. "Originally built in 1889, Capilano Suspension Bridge stretches 450 feet (137m) across and 230 feet (70m) above Capilano River." There are definitely far superior pictures on the official website, my iPhone camera could not compete, particularly on a overcast day.  I'm sure you can still get a taste of what it is like even from these amateur photos, although if you're scared of heights perhaps this is not for you. But I would still encourage you to give it a try... I'm not a fan of great heights, just walk in the middle of the bridge, hang on to the rails, and don't look down! 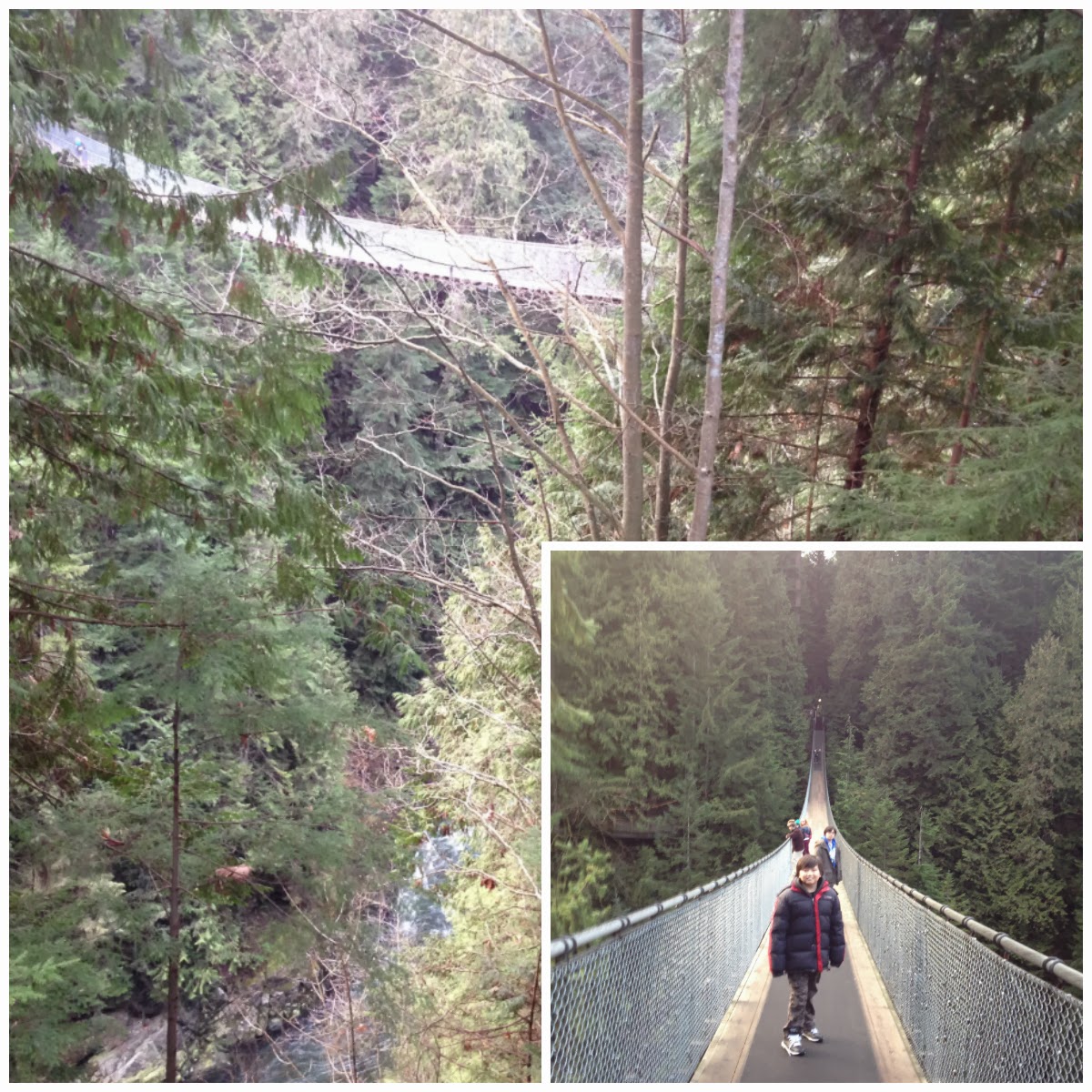 If the suspension bridge is too much of an excitement you might prefer the gentle shores of English Bay and Stanley Park. 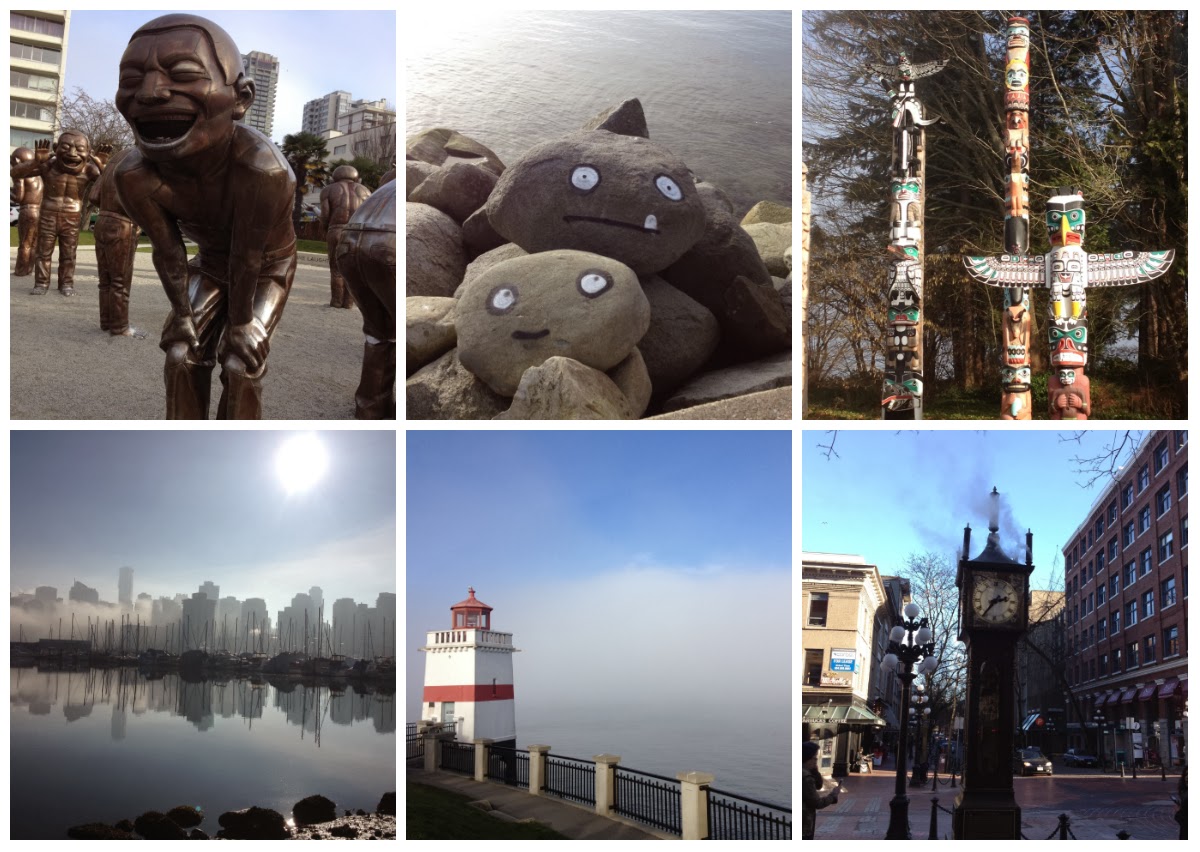 The totem poles in Stanley Park are amazing, each depicts a story. Creatures often found on totem poles are: raven, sea turtle, thunderbird, eagle, wolf, bear, frog, otter, and killer whale. In the historical Gastown there is a steam clock that whistles the "Westminster Chime" every half hour. We were lucky to be accompanied by our friend Elaine and family, they drove up with us, they even lent us one of their cars so we could save some money. Such is the generosity we found throughout our trip from our family and our friends, without these lovely people our trip would not have been possible, and certainly wouldn't be as much fun.

So that's it, that was the end of our epic tour of the world in 40 days. The return journey was equally epic, the flight from Vancouver to Sydney was 15.5 hours then another short journey of just over an hour from Sydney to Melbourne. Technically we lost one day when we crossed the International Date Line in the middle of the Pacific, but as we were continually going west we only lost what we gained along the way.

The whole trip has been a blast, I doubt we could top that anytime soon. Oh well, maybe when I'm 50 we can do it all over again! But for now, life must get back to normal, reluctantly.