And the trial continues, so I spin on ...

Happy Fibre Arts Friday! I am very happy to be sitting here writing this post as I wasn't sure if I would have time, as it turned out the court adjourned at lunch time today so I was home early - yay!  I mentioned last week that I'd been working on a trial for a couple of weeks, well it is still going and is looking likely to run for another week at least. Some of you asked if I could talk about the trial here, unfortunately not yet, maybe after it concludes. If you are interested I can relay some anecdotes about courts and proceedings, but first thing first, some fibre goodness... 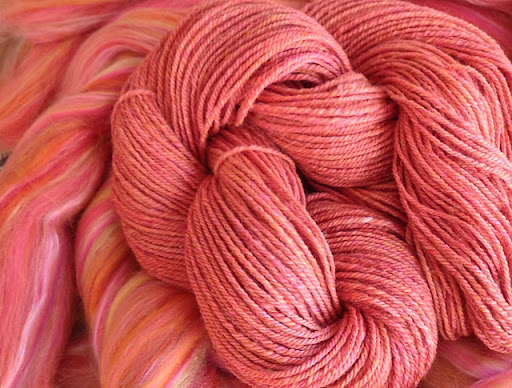 This is a merino silk blend 80/20, the top came from World of Wool - my new favourite online woolly haunts ;-)  There are many colours in the top: pink, lime green, yellow, orange, white... but because I spun it very finely the colours became muted and indistinguishable. The new shade does have some depth to it which I quite like, it has a very soft handle.

That's all I was able to do this week and even this was thanks to my weekly spinning group. If you don't mind my talking shop perhaps I'll just touch on a little bit of what I do - Vivian this is especially for you :-)

I have been engaged by the Office of Public Prosecutions to attend a murder trial and my job is to interpret for the accused, which means I provide simultaneous interpreting of everything that is uttered in court by the judge, the prosecutor, the defense barrister, and the witnesses...  etc. It's a demanding task and I enjoy it, the only downside is it leaves me drained at the end of the day but that's all part and parcel of the job. I am known as "Madam Interpreter" in court and I get to wear a headphone to help me hear, but I sit in the dock alongside the accused.

Here's a little trivia for you: in Australia women were not allowed to serve on the Jury until the 1960s.  Incredible, is it not?!

Supreme Court of Victoria - where the trial is being held: 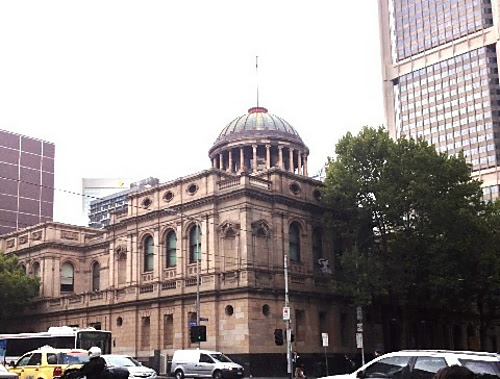 Thanks for dropping by, there is more fibre arts fun at Wisdom Begins in Wonder. Indulge your creative side and join the party!
Posted by Cathy Johnson at Friday, April 12, 2013