A few weeks ago we had some storms which resulted in many fallen branches... and yes, you guessed right, this branch followed me home ;-) 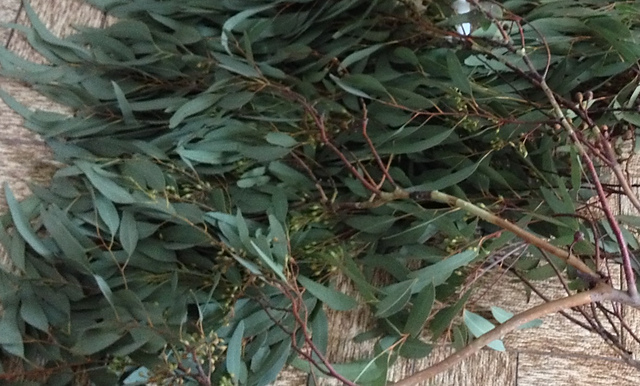 This is a different species to the one I used before, although I haven't confirmed what it is yet as the identification of eucalyptus is proving to be a real challenge - that's another issue entirely, one I would like to learn more about but don't have the time right now. But even I can tell the differences: the leaves are of a slightly darker shade with a bluish tint, also the bark of the tree was rough and dark rather than brown and stringy like the last time, etc. However when I fed this information to Google it turned up a dozen possibilities, I'm just not skilled enough to pick this out from thousands of varieties of eucalyptus. So for now all I need to know is that it came from a tree in the park near the train station.

Anyway my initial attempt at dyeing a white skein pre-mordanted with alum returned a dark beige, not very exciting. Then I remembered from reading Spinning Around that you can change the colour by using different mordant and there were recipes in the book for making different "mordant teas"...  these are not real teas of course but a way of acquiring mordant without the use of chemicals. So I made a "iron tea" by soaking some metal hairpins in white vinegar, then I added the "iron tea" to the dye bath and added the beige skein, not knowing what to expect. Imagine then my surprise when I lifted the skein after simmering, a cool olive green, how's that for a change! 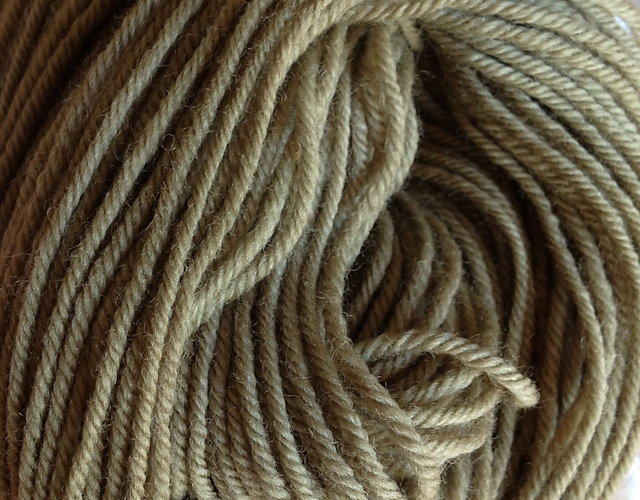 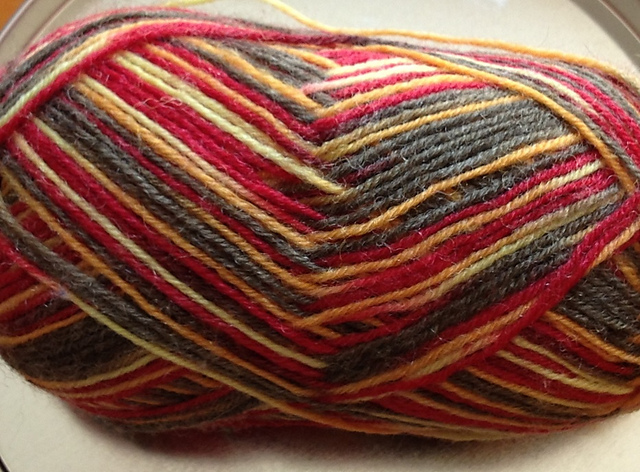 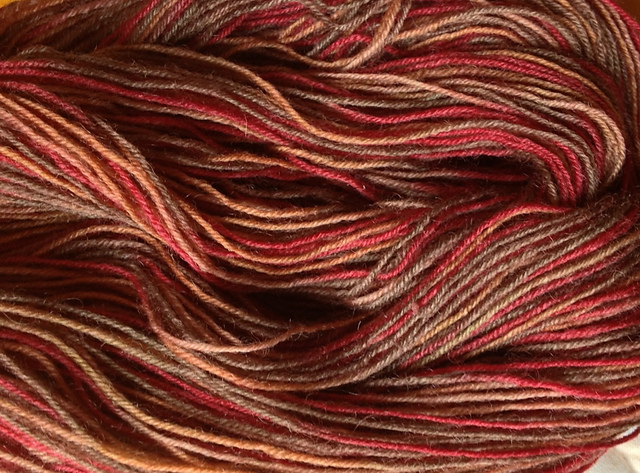 The before colourway reminds me of German flag for some reason, not that I have anything against Germany, I mean I love sauerkraut! I'm just not too keen on these colours in one ball/skein, the afterwards muted tones are much more appealing to me :)

I am going to suspend any project that is intricate for a while, as I just started working on a trial which is likely to run for the next three weeks or longer, the demand on those little grey cells in the courtroom is a bit taxing on the old brain that I find it hard to concentrate when I get home. So for the time being I'm favouring mindless activities, like spinning... 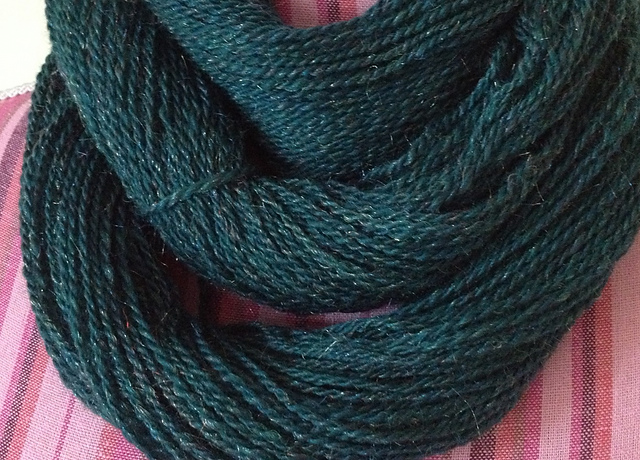 This was an experiment with a merino/sparkly blend, I think the sparkly might be angelina but can't be certain. It came out rather well, n'est-ce pas? :)

Thanks for dropping by, there is more fibre arts fun at Wisdom Begins in Wonder. Indulge your creative side and join the party!
Posted by Cathy Johnson at Friday, April 05, 2013